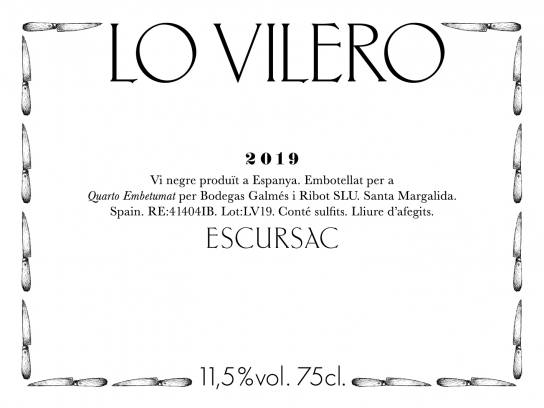 This is made up entirely of local grape Escursac from a young vineyard farmed by his friend Cati Ribot in Santa Margalida and this wine is a collaboration between the two. The grapes fermented as whole bunches for a fortnight, with the addition of some natural co2 from another tank, before being pressed off for seven months of rest in old casks. A deep, dark shade of blue, this is heady with sunkissed blackcurrants, herbs and fennel but at just 11.5% of alcohol, is incredibly light on its feet. Served a little chilled, it would be wonderful as an aperitif alongside some sobrasada, black olives and a good hunk of sharp, salty cheese.