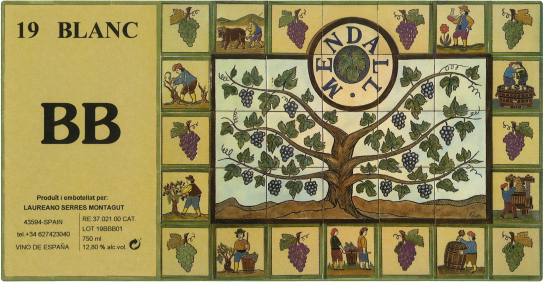 A blend of eighty percent Garnacha Blanca and twenty percent Macabeo from fifty year old vines planted over clay and limestone at an altitude of 470 metres. This was pressed directly and aged in vats until the spring. A little shy on opening, it is delicate, lean, mineral and salty. A wine that screams for some shellfish.