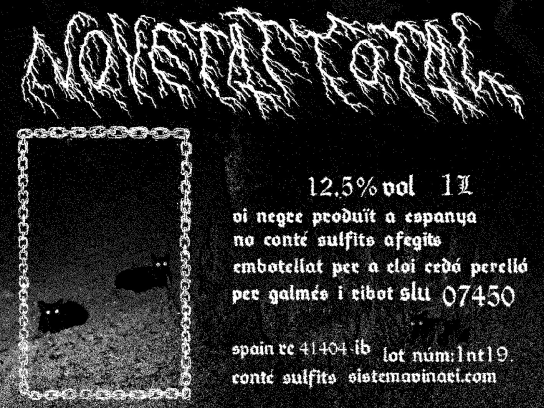 A blend of Callet and Manto Negro from Eloi’s youngest vines in Felantix. The Callet was mostly destemmed and fermented on skins for a month, whilst the Manto Negro was destemmed entirely and fermented on the skins for two weeks, before being pressed and left in vat for nine months. The nose is thick with black fruit, red earth and wildflowers, which marry wonderfully with gentle tannins and a cascade of dry, bitter herbs. A litre of Mallorcan sunshine, this is as invigorating as it gets.