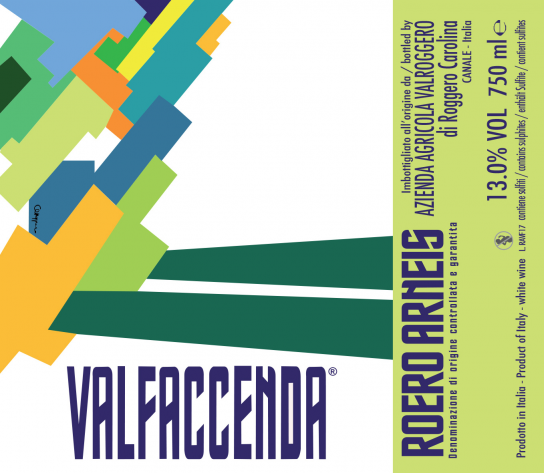 A blend of two parcels of Arneis in the valley Luca calls home. The first comes from younger vines planted over soft sand and was picked early and given a direct press straight to stainless steel vats. The latter is planted over more compact soils, picked a little later and spends ten days in contact with the skins before being pressed off to old oak. They spend around nine months in these vessels before blending. It is a wine of real balance, the fruit and flowers tempered by pleasant acidity and that textbook salty finish

Luca Faccenda grew up in the hills of Roero and his family has for many years been making wines in Valfaccenda, a small valley between Canale and Cisterna.

Proud of the area and knowing each kink and dip by name, Luca has no desire to emulate the wines of more famous neighbours in the nearby Langhe.

He is aware that the steep, sandy slopes here have little in common with the rolling, gentle landscape found south of the Tanaro river. The hills he calls home produce wines of a different kind, perfumed and pretty and often charming in their youth.

Luca works, alone and by hand, his often perilously steep vineyards organically and in the cellar he takes no short cuts, striving to make wines that speak of these hills. Solo Roero, nothing else.