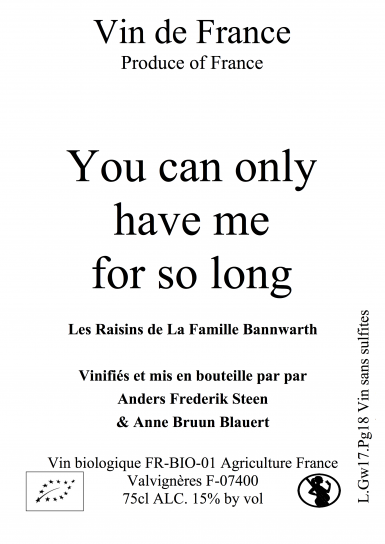 ANDERS FREDERIK STEEN
You Can Only Have Me for So Long 2017/18
Alsace, France

A blend of half a barrel full of Gewurztraminer from 2017 and half a barrel full of Pinot Gris from 2018 from the Bannwarth family’s vineyards in Obermorschwihr. This is heady with tropical fruit and wafts of spice and although the palate is dense, there is enough flesh and grip to tie everything together. Immense.