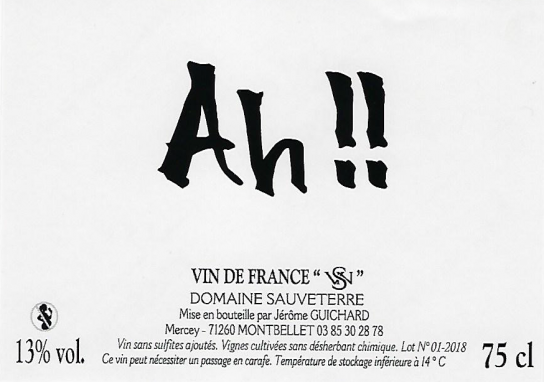 Aligoté from a forty year old vineyard planted over pure limestone in Uchizy. This was given a long, gentle press and aged in old barriques for a year. A lean, mineral wine that hums with life and quite remarkable acidity. It makes for a beautiful apéritif.