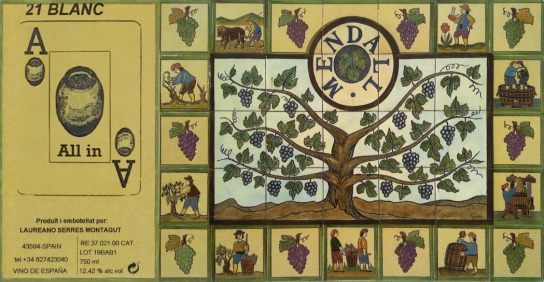 MENDALL
All in Blanc 2021
Catalonia, Spain

A blend of Macabeo with a touch of Garnacha Blanca planted in various parcels of vines young and old. This wine arrives from the final press of various cuvées, which have been fermented on the skins for between two days and a week. Nine months of rest in vats has rendered a beautiful, hazy and textural amber wine that combines orange zest, minerals and Mediterranean herbs to beautiful effect.