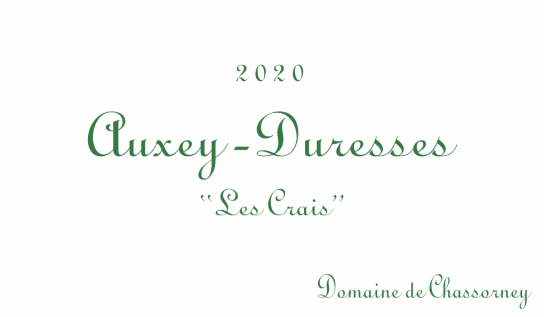 Chardonnay from a fifty year old vineyard better known for its premier cru red wines, though this shines bright every year. The terroir here is a combination of sand and clay, producing a classic white Burgundy of depth, power and finesse. As we always find with wines from this parcel, there is a beautiful saltiness to the finish.