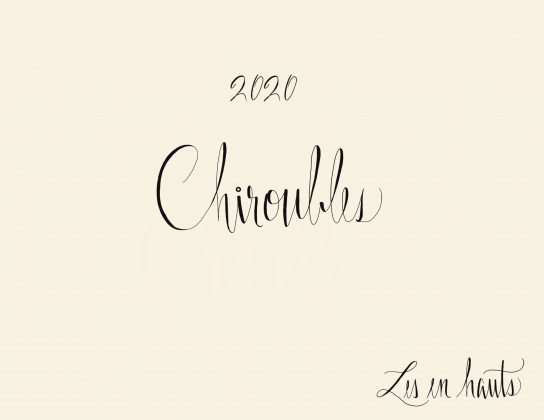 From a new collaboration with Damien Coquelet, Les en Hauts. Gamay from a hundred year old parcel, planted over granite some four hundred metres above sea level on the steep slopes of Chiroubles. Fermented as whole bunches for several weeks, the wine spent nine months resting in concrete eggs. The parcel’s elevation has lent a luminous character to the fruit even in this warmest of vintages. A wine of real elegance and inimitable charm