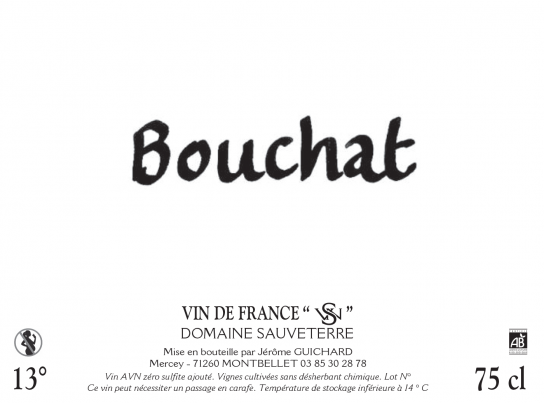 Chardonnay from a forty year old vineyard in Montbellet. The soil here is heavier than in his other parcels, with a little more clay and sand, producing a rounder, fuller expression of the grape. The fruit was given a direct press and the wine rested on its lees for eighteen months in barrel before finishing the fermentation in bottle. Its gentle spritz carries heightened scents of stone fruits and flowers and a savoury, mineral finish.