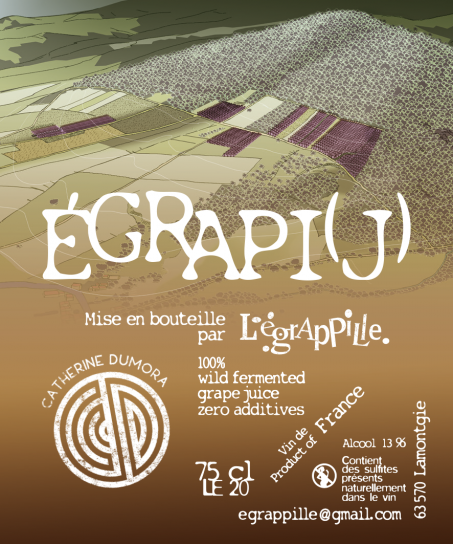 A light, bright take on Gamay d’Auvergne from both Catherine’s old vines and those of another farmer not so far away. The majority of the fruit was pressed directly, whilst the rest was allowed to infuse as whole bunches for a week before being pressed off to sandstone jars for nine months of élevage. A bright, vivid red in the glass, it draws you in with heady notes of red berries, rose and minerals. A wine with a palpable sense of energy, we can’t get enough of this.