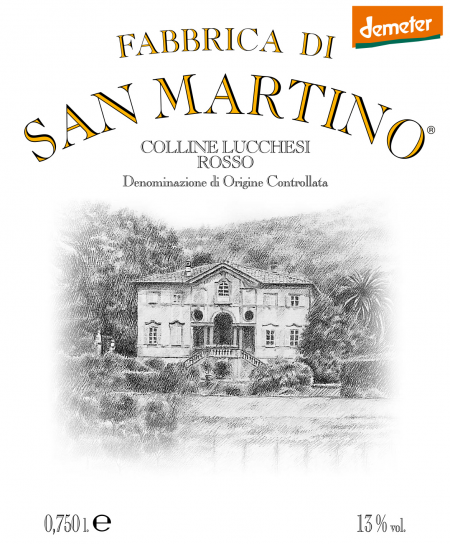 This comes from vines Beppe planted from massale cuttings of Sangiovese at the turn of the century, blended with a little of the old vines Colorino and Canaiolo from the Arcipressi vineyard. The grapes were destemmed and spent a week on skins, and were aged for year in big old casks and three years in bottle before release. This is as old-school as Sangiovese gets, with black cherry, balsamic and woodsy notes making for a soulful and soothing take on the grape.

The Fabbrica di San Martino was founded in 1735 in the hills outside of the town of Lucca. A twenty hectare property surrounded by woodland, its two and a half hectares of vines are exposed full south and sit within an area of great biological diversity.

Having run one of Lucca’s favourite trattorie for many years, Giuseppe Ferrua began tending the vines here some 20 years ago.

Without any formal training, Beppe learnt by working alongside and watching carefully the ageing contadini who had looked after the land for many years. Having discovered that the vineyards had never been subject to chemicals, he decided to continue this way of farming, later converting the farm to biodynamics.

In the cantina Beppe does the simple things well and employs no tricks or tomfoolery. As is so often the case, a healthy vineyard yields healthy wines and the thing that struck us about these when visiting the area was their purity and drinkability, two characteristics that are sadly missing from a lot of wines in Toscana today.