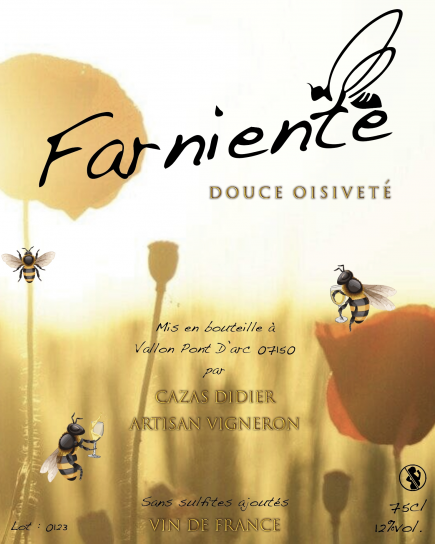 This is essentially a blend of Aïssada and Déjanté, with a direct press of Grenache Blanc and maceration of Marsanne being assembled after fermentation in a single old barrique for a short élevage. The result is a striking, golden wine of real complexity that impresses with its pristine stone fruits and clean, stony minerals.