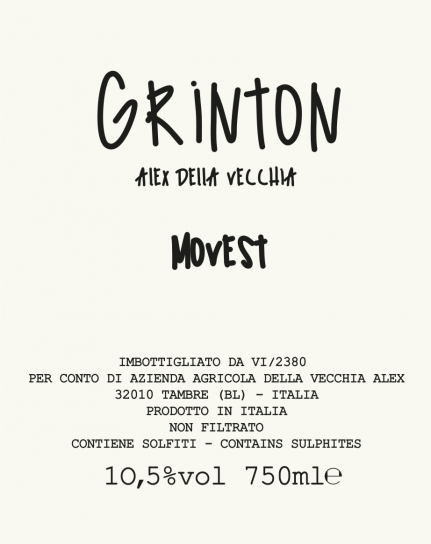 This sparkling rosato comes from Alex’s vineyards in San Donà di Piave. Cabernet Franc is pressed directly and aged in vats until the following spring when it is put into bottle with a little juice from the same harvest for the second fermentation. A beautiful shade of peach in the glass, this is bone dry and offers plenty of refreshment and has a tonic-like quality with notes of pink grapefruit and bitter herbs.