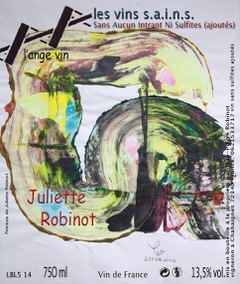 A wine which represents the zenith of Chenin Blanc in the hands of the Robinots, from vines over a hundred years old. The grapes were harvested without botrytis in this vintage and pressed slowly to barrel where they rested for four years. Fittingly, the nose is a little more restrained than usual, thick with crushed minerals. It is a wine of outstanding depth, structure and complexity, with an intense, stony minerality and a finish that goes on and on.