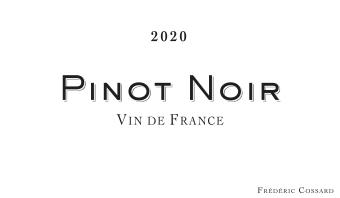 Pinot Noir from fifty year old vines planted over marl not far from Rotalier that spent just a week on skins as whole bunches before being pressed off to concrete eggs for a short élevage. This is wonderfully fragrant with red berries, earth and minerals. A beautiful expression of Jurassic Pinot.