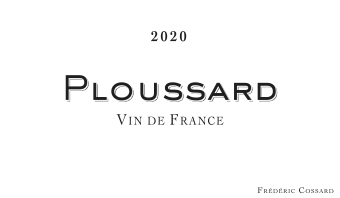 Ploussard from old vines in both Sainte-Agnès and Arbois. Unlike most in the region, Fred ferments the grapes as whole bunches and after a week of maceration, the wine is pressed off to concrete eggs for a short élevage. Achingly pure, reflecting the vintage this is fruit forward and fragrant with blood orange and exotic spice.