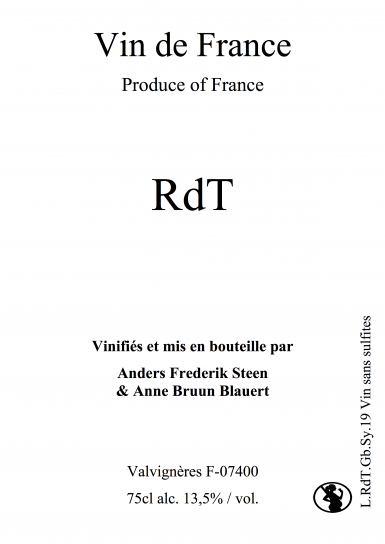 A blend of over six ‘raisins de table’ and Grenache are destemmed and left to macerate in the fermenting juice of a direct press of Syrah for six weeks. After a long, gentle press, the wine rested in barriques for just under a year. A beautiful pale shade of brick in the glass, the nose is thick with spice, while the palate offers just a hint of tannin and plenty of sour cherry.