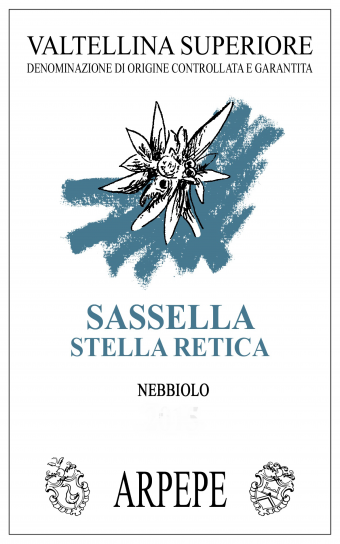 Grapes here are taken from vines over fifty year old planted in the rocky upper reaches of the Sassella cru, some 400-550 metres above sea level. ‘Sassella’ in local dialect means rock and this is the part of the valley where the terraces are at their steepest and shallowest. The wine spends four months on its skins in tini and a year and half in old chestnut botti before bottling. A vertical, profoundly mineral take on Nebbiolo that is in such a happy place right now.

The Perego family has been tending vines on these sheer granite terraces in the mountainous Valtellina since 1860. The vines are so far north into the alps they are practically in Switzerland.

They work only with Nebbiolo, or Chiavennasca as it is called in these parts, growing the grapes up to 700 metres above sea level on sheer, south-facing, sunlit vines that dig straight into rock. The resulting fruit is intensely mineral.

Production is very much of the old-school and labour is intense, the hills making it very difficult to reach the fruit at all. Everything in the vineyard is done by hand and in the cantina the family exercises a soft touch with great patience, leaving the wines to rest until they are deemed ready for release.

The transparency of the grape, the singular landscape and the Peregos’ gentle hand in the cantina lend these wines a remarkable sense of place.