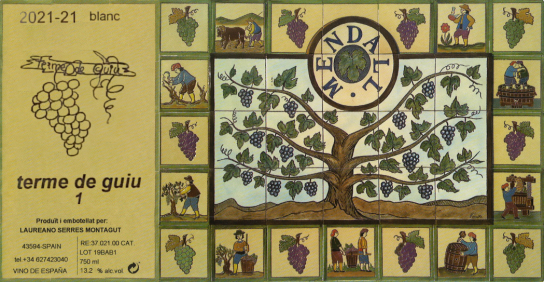 Macabeo from vines over fifty years old planted at almost five hundred metres above sea level in Vilalba dels Arcs. The grapes were fermented on the skins for four days, before being pressed to vats for nine months of ageing. This is the most savoury and complex of the whites Laureano produced this year, with neat tannins framing layers of stone fruits, nuts, sea salt and herbs.