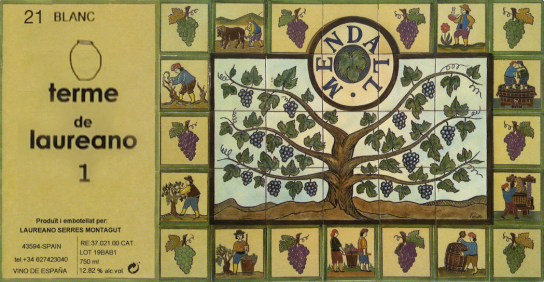 Macabeo from forty five year old vines planted just under five hundred metres above sea level in Vilalba dels Arcs. The grapes were pressed directly to vats, where they rested for just a couple of months before bottling. The result is a perfumed and lively expression of the grape that captures the unusually cool growing season beautifully, pairing vibrant fruit and cool, chalky minerals to brilliant effect.