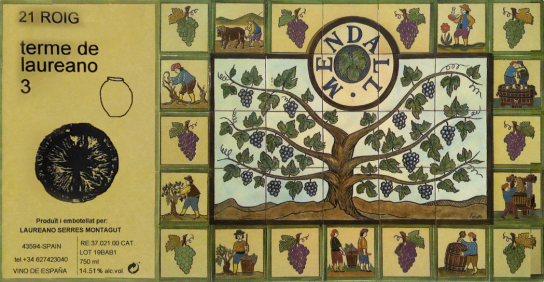 Cariñena from forty year old vines planted almost five hundred metres above sea level on the highest plane of the Terra Alta. The grapes were fermented on the skins for twelve days, before being pressed to vats and terracotta amphorae for nine months of rest. The result is a heady, savoury wine that pairs black cherry, red earth and woody herbs to dizzying effect.